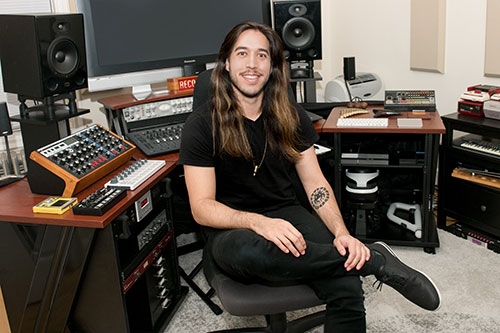 The Pillbox is a music production and audio post-production studio located in Fort Greene, Brooklyn. It is owned and operated by musician and audio engineer Josh Pillbox. Josh began his recording career interning for James Sabella at Sabella Studios and Tony Maserati and Chung King Studios while studying music at Washington University in St. Louis.

After falling in love with the recording process in 2005, Josh took out student loans to finance his first recording studio, Angry Lamb Studios, in St. Louis. Over the last 13 years, Josh’s recording studio has grown into The Pillbox and expanded from a one-man operation into a studio with a staff of incredible engineers.

The Pillbox is equipped with top of the line audio gear and has worked with some incredible clients including: TNA Wrestling; The Judge John Hodgman Podcast; and eOne Records to name but a few. We have professional experience in all areas of recording. Whether you are a solo artist or band, a talented voice actor looking to record an audiobook, or a production company looking for sound design or ADR, The Pillbox is where you want to be.

Our acoustically treated vocal booth hosts a Neumann TLM-103 large-diaphragm condenser microphone and includes a flatscreen monitor which makes it perfect for ADR sessions and makes forgetting your lyrics a thing of the past.

Working at The Pillbox is as productive as it is comfortable. Our lounge area features an over-sized couch, coffee table, 100mbps Wi-Fi, and a HUGE video game collection that ranges from Nintendo NES to PS4.

The Pillbox thrives today, having been born from humble beginnings.

In 2005, Josh began his career as an intern with James Sabella at Sabella Studios and grammy award winner Tony Maserati at Chung King Studios. 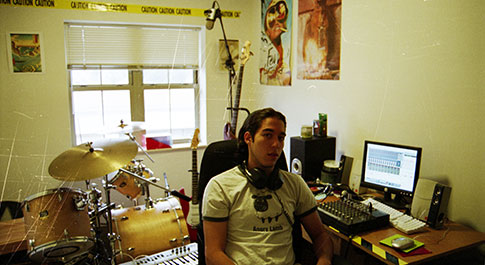 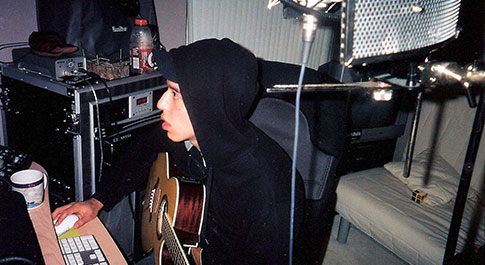 While an undergraduate, Josh Pillbox took out several student loans to finance his first commercial studio, Angry Lamb Studios. This photo from 2009 was taken during a session after he graduated and moved back to New York from St. Louis.

In 2005, Josh began his career as an intern with James Sabella at Sabella Studios and grammy award winner Tony Maserati at Chung King Studios.

After falling in love with the recording process, and inspired by the story of Rick Rubin’s dorm-room studio, Josh immediately converted his dorm room into a fledgling recording studio.

While an undergraduate, Josh Pillbox took out several student loans to finance his first commercial studio, Angry Lamb Studios. This photo from 2009 was taken during a session after he graduated and moved back to New York from St. Louis.

The Pillbox is Born

Ready to Record Your Next Hit?

The Pillbox and our engineers are ready to take your project to the next level.
Call us for Music Production, Mixing, Audio Post-Production, ADR, Voice Over, Podcast Production, Audiobooks, & more!

At The Pillbox we understand that the expertise of the audio engineers and producers working on a project is as important as the quality of the audio equipment at the studio. 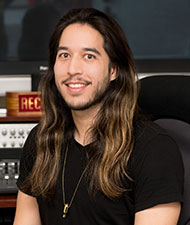 Josh Pillbox is the founder and owner of The Pillbox.

He began his recording career interning with James Sabella at Sabella Studios and Tony Maserati and Chung King Studios while studying music at Washington University in St. Louis. While an undergraduate, he took out student loans to finance his first recording studio that moved from his dorm room to an off-campus house in St. Louis. 13 years later, his studio is now in beautiful Fort Greene in Brooklyn, NY.

In addition to running The Pillbox, Josh is also a staff engineer at BMG Music Publishing and a successful bass player.

Josh is also an avid gamer with a collection of over 15 vintage and modern video game consoles and over 300 video games. 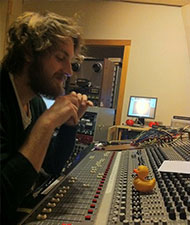 Pat McCusker graduated from the Music Production & Engineering program at Berklee College of Music in 2011. Since then, he has worked as a freelance producer/engineer/mixer and was hired by BMG Chrysalis in the fall of 2014.

In addition to engineering, McCusker is a songwriter, composer, session guitarist, and guitar instructor.

When he isn’t playing or creating music, you’ll probably find him listening to a podcast, reading something, running a long distance, or cooking some meats and veggies. 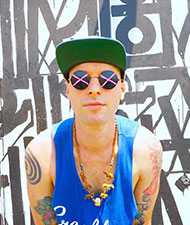 Duke Sims is the lead singer and founder of the band Shinobi Ninja.

Most recently his song “Genuine” was in Spike Lee’s “She’s Gotta Have It” on Netflix. 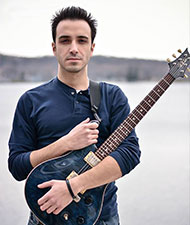 Harun Gadol is a singer, songwriter, multi-instrumentalist and producer from New York City and founder of the Libricide Group.

He has worked with voiceover talent and musical artists across a variety of genres including: rock; metal; punk; indie; and hip-hop. Harun’s experience has given him the keen ear and attention to detail necessary to bring the most out of any project.

In addition to being a fantastic audio engineer, Harun is also a successful digital marketer. Projects he has worked on have garnered hundreds of thousands of views on social media.

A prominent figure on the local scene, Harun’s work has been featured across outlets including The Village Voice and Heavy New York and his music can be found in rotation on stations like WSOU-Seton Hall’s Pirate Radio and WUSB. 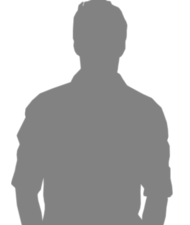 Natalia has also interned at Grand Pro-Mo, an independent radio promotions and tour marketing company, where she promoted artists via the company’s affiliate radio stations.

She is a life-long resident of Brooklyn and is currently studying at the Recording Engineers Institute to earn her certification in audio engineering.

The Pillbox is Closed

Sorry, but the Pillbox is no longer taking on new clients. Feel free to look around the site.